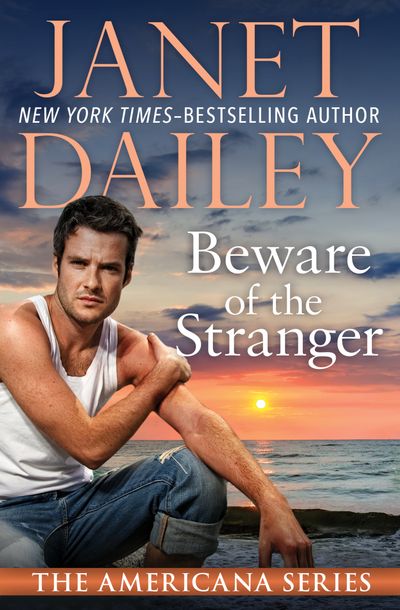 Beware of the Stranger

Discover romance across America with Janet Dailey’s classic series featuring a love story set in each of the fifty states. A New York Times–bestselling author with over 300 million copies of her books in print, Dailey transports you to the picturesque northern border of New York State in Beware of the Stranger.

Samantha Jones is a small town journalist with a big secret. She is actually Samantha Gentry, daughter of one of New York’s most famous and powerful moguls. At twenty-two, she’s decided that finding true love isn’t easy for an heiress. But she’s willing to change her mind when she meets a man who knows her secret—and claims to have a message from her father.

Soon, the handsome stranger has Samantha traveling by boat to a remote island along the St. Lawrence River. But who is Chris Andrews and what does he want? Why isn’t Samantha allowed to leave the island? A prisoner of the passionate lover whose motives she can’t begin to fathom, she is also a hostage to the powerful desires he awakens in her. And surrendering her heart could demand the highest ransom of all.