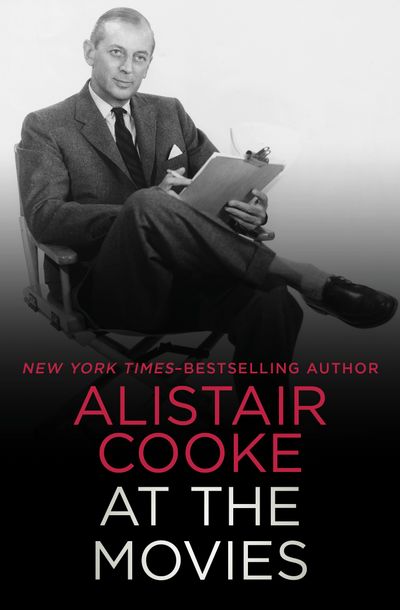 Alistair Cooke at the Movies

Published by Open Road Media
A wonderful entertainment that reflects Alistair Cooke’s love affair with cinema, from his early days as a film critic to his iconic role as the host of Masterpiece Theatre

Humphrey Bogart, Fred Astaire, Lauren Bacall, Marlene Dietrich, and Marilyn Monroe are just a few of the stars profiled, along with many directors, in this sparkling and comprehensive collection of reviews, interviews, and essays.

Alistair Cooke’s first radio talk at the BBC was in October 1934, and the subject was cinema. He had begun reviewing films in the 1920s as a Cambridge undergraduate. This anthology of his best film criticism and essays includes his many favorite subjects. In “The Symbol Called Garbo,” Cooke reveals the woman behind the enigmatic screen goddess. James Cagney is identified as “one of the few technically perfect actors,” while Charlie Chaplin was “the funniest clown alive.”

Shirley Temple’s multi-million-dollar appeal is explained, as is the subtlety underpinning the slapstick humor of the Marx Brothers. Directors such as Frank Capra, Fritz Lang, and Cecil B. DeMille meet with Cooke’s high praise, while Alfred Hitchcock evokes a more complicated reaction.

Full of glamorous stars, provocative opinions, and fond memories, Alistair Cooke at the Movies is a very personal and captivating guide to the golden age of Hollywood and beyond.