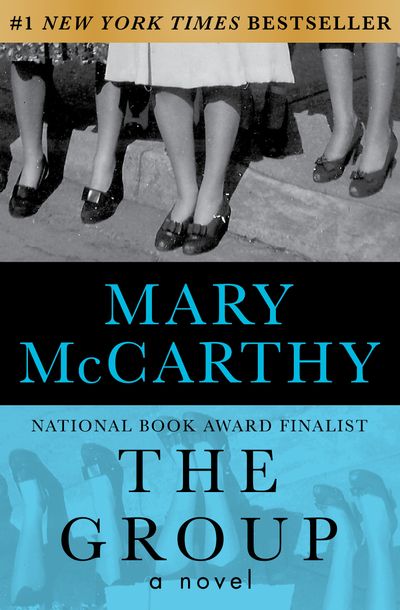 published by
Open Road Media
This smash bestseller about privileged Vassar classmates shocked America in the sixties and remains “juicy . . . witty . . . brilliant” (Cosmopolitan).
At Vassar, they were known as “the group”—eight young women of privilege, the closest of friends, an eclectic mix of vibrant personalities. A week after graduation in 1933, they all gather for the wedding of Kay Strong, one of their own, before going their separate ways in the world. In the years that follow, they will each know accomplishment and loss in equal measure, pursuing careers and marriage, experiencing the joys and traumas of sexual awakening and motherhood, all while suffering through betrayals, infidelities, and sometimes madness. Some of them will drift apart. Some will play important roles in the personal dramas of others. But it is tragedy that will ultimately unite the group once again.
A novel that stunned the world when it was first published in 1963, Mary McCarthy’s The Group found acclaim, controversy, and a place atop the New York Times bestseller list for nearly two years for its frank and controversial exploration of women’s issues, social concerns, and sexuality. A blistering satire of the mores of an emergent generation of women, The Group is McCarthy’s enduring masterpiece, still as relevant, powerful, and wonderfully entertaining fifty years on.
This ebook features an illustrated biography of Mary McCarthy including rare images from the author’s estate.