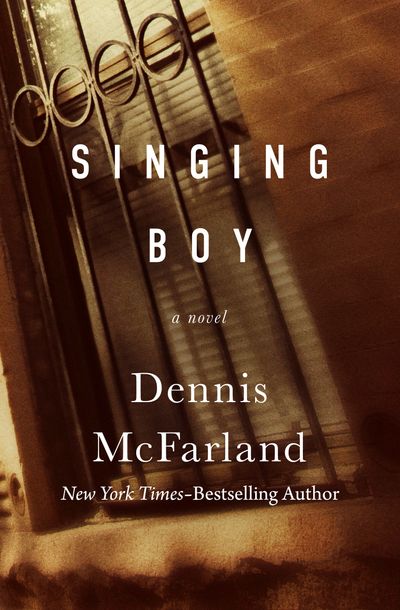 Published by Open Road Media
Bestselling author Dennis McFarland’s masterful novel about three people’s struggles to reclaim their lives in the wake of unfathomable tragedy
In a moment of senseless violence, Malcolm Vaughn’s life is ripped away from him, leaving his wife and child to make sense of the shattered existence that remains. Sarah, a lab scientist and Malcolm’s widow, retreats into herself, refusing to return to work when even the most mundane activities require enormous effort. Malcolm’s son, Harry, just eight years old, goes cold, detaching from the grief that is rippling around him. Meanwhile, Vietnam vet Deckard Jones, Malcolm’s best friend, is forced to come to terms with yet another loss. Sarah, Harry, and Deckard must each find a way to go on while everything around them appears to be crumbling.
Stunning and elegant, Singing Boy is a richly drawn novel of mourning, remembrance, and recovery, and a nuanced look at three individuals’ slow march toward healing.