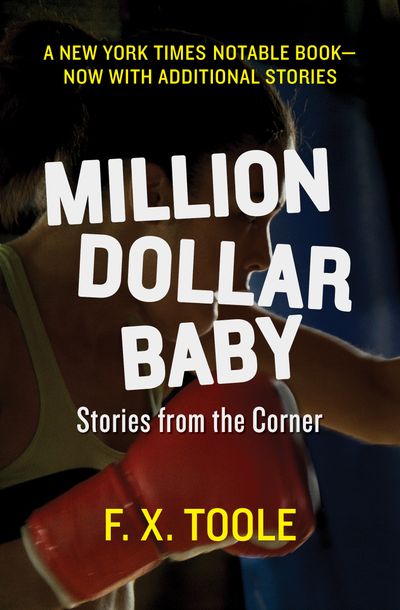 published by
Open Road Media
The boxing stories that inspired the Oscar-winning Clint Eastwood film: a New York Times Notable Book from “a heavyweight fiction contender” (Publishers Weekly).
F. X. Toole knew boxing. Between bouts, he wrote, and two years before his death he published this collection of stories, giving readers an unprecedented look at the gritty life around the ring. He tells of a cutman with a sweet tooth, young fighters with dreams of celebrity, and a talented boxer who goes to Atlantic City for his biggest bout, only to be humiliated by the prejudices of a callous promoter. In “Million $$$ Baby,” the inspiration for the Oscar-winning Clint Eastwood film, an aged trainer takes on a female fighter, guiding her through disappointment, pain, and tragedy. And in “Rope Burns,” Toole realizes his epic vision, showing that even the purest fighter can succumb to the pressures of the world outside the sport. Throughout these stories, boxing’s violence is redeemed by the respect these men and women share, as they strap on gloves and prepare their bodies for the ultimate test. This ebook features an illustrated biography of F. X. Toole including rare images and never-before-seen documents from the author’s estate.