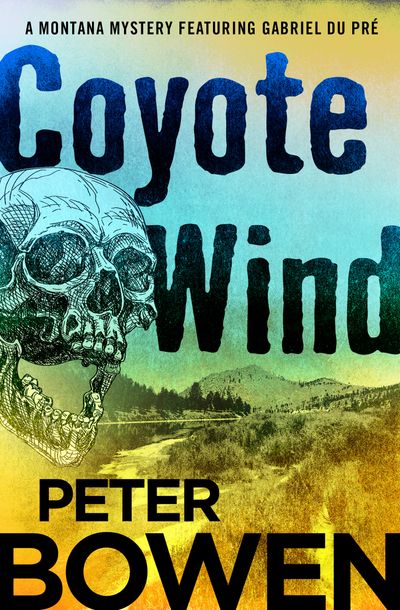 Officially, Gabriel Du Pré is the cattle inspector for Toussaint, Montana, responsible for making sure no one tries to sell livestock branded by another ranch. Unofficially, he is responsible for much more than cows’ backsides. The barren country around Toussaint is too vast for the town’s small police force, and so, when needed, this hard-nosed Métis Indian lends a hand. When the sheriff offers gas money to investigate newly discovered plane wreckage in the desert, Du Pré quickly finds himself embroiled in a mystery stretching back a generation.

For three decades, the crashed plane sat in the sun as the bodies inside rotted away to their bones. Two skeletons are whole, but for one nothing remains but the hands, the skull, and the bullet that ended his life. The crime was hidden long ago, but in the Montana badlands, nothing stays buried forever . . .

In Gabriel Du Pré, “Bowen has taken the antihero of Hemingway and Hammett and brought him up to date . . . a fresh, memorable character” (The New York Times Book Review).

Coyote Wind is the 1st book in The Montana Mysteries Featuring Gabriel Du Pré series, but you may enjoy reading the series in any order.