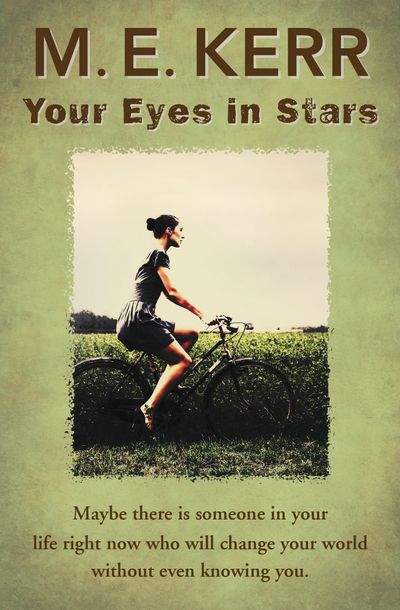 Your Eyes in Stars

Published by Open Road Media
Set during the Depression, this haunting historical novel by M. E. Kerr follows two teenage girls—one German, the other American—whose friendship plays out against the quickly shifting political world stage
Jessie Myrer is the daughter of the prison warden in Cayuta County, where there are few foreigners and even fewer Jews. Jessie’s provincial views change when she meets her new across-the-street neighbor. At fifteen, sophisticated, German-born Elisa Stadler is a year older than Jessie. The girls would seem to have little in common, yet they soon become the best of friends. Then one night, they hear the music of the prison band’s spellbinding solo bugler.
Convicted murderer and gifted musician Slater Carr is the newest arrival at Cayuta Prison. Jessie and Elisa become obsessed with Slater, who to Jessie is like a local John Dillinger—and who was an unwitting part of a botched robbery in which two people were killed. When a daring escape culminates in murder, Elisa’s family moves back to Germany, where Hitler is rising to power. Years later, Jessie makes a shocking discovery about her long-lost friend.
Your Eyes in Stars is a stunning novel about friendship, prejudice, assimilation, and the end of innocence.
This ebook features an illustrated personal history of Marijane Meaker including rare images from the author’s collection.