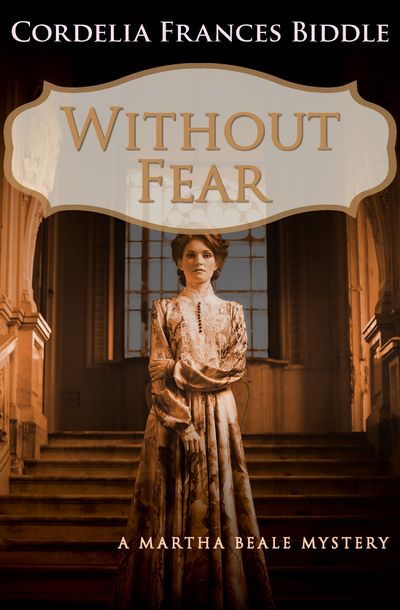 With her hands full raising her adopted children and managing her father’s financial empire, Martha Beale is also grieving the loss of her beau. Thomas Kelman, an assistant to the mayor, felt he could never belong in Martha’s upper-crust society and has boarded a merchant ship bound for South America. But the grisly discovery of a decapitated corpse on Joseph Bonaparte’s palatial estate outside of Philadelphia while Martha is visiting there will take the heiress far from her privileged world.

The dead woman is believed to be a missing employee of the Quaker City Mill. Martha searches for answers while also trying to help her friend Becky Taitt, a former actress and runaway wife whose abusive socialite husband will kill her before he lets her take custody of his child and heir.

From the drawing rooms of Philadelphia’s elite to the inhumane factories and textile mills that exploit working-class women and children, Without Fear exposes the ever-growing divide between rich and poor and a festering evil that touches everyone, including Martha’s daughter.