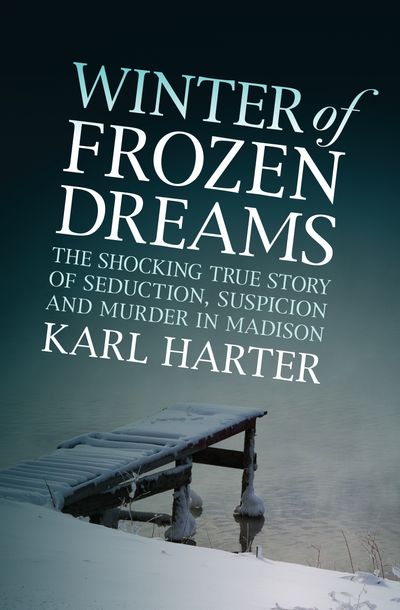 Published by Open Road Media
The true story of Barbara Hoffman is a tale of money, men, and the Madison, Wisconsin, massage parlor where a biochemistry major turned into a murderer.

On a freezing Christmas morning, a distraught young man named Gerald Davies led Madison police to Tomahawk Ridge, where they found the body of Harold Berge, naked, bloody, and beaten. Davies insisted that he hadn’t killed the man, but that he and his fiancée had simply buried the corpse in a snowbank.

The investigation confirmed that the victim had died in the apartment of Barbara Hoffman—a young woman who had dropped out of the University of Wisconsin and had worked at Jan’s Health Studio, a local massage parlor. She and Davies, whom she met at Jan’s, had recently become engaged.

The circumstances were suspicious already. But when the police discovered that Berge was Hoffman’s ex-lover, that he had signed over his house and an insurance policy to her—and that Davies had also made her his beneficiary—they began to suspect that Davies might also be in danger . . .

The police kept him under watch, but eventually had to stop surveillance. Soon after, Davies turned up dead in his bathtub, a Valium bottle nearby, in an apparent suicide. But, an accomplished student of chemistry, Hoffman knew how tricky it could be to detect cyanide poisoning. It would take a dedicated effort by detectives to sort out the truth about the highly intelligent masseuse, her work in the shadowy local sex trade, and the real circumstances that led two of her clients to their deaths.

Winter of Frozen Dreams is the full story of the case that would become a sensational televised trial and inspire a film of the same name starring Thora Birch. It’s a “snappy read” by an author with a “talent for sleuthy description and psychological insight” (Kirkus Reviews).