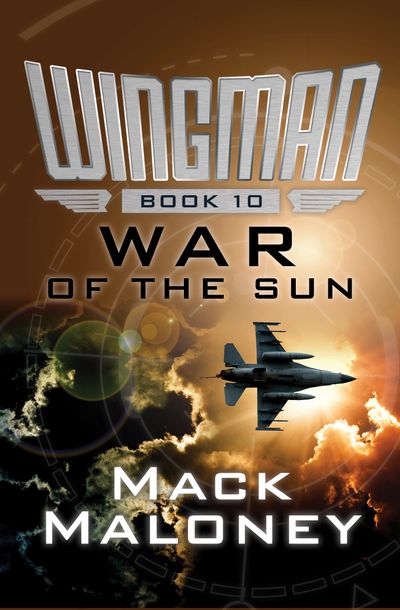 War of the Sun

Published by Open Road Media
With the West Coast on the verge of destruction, Hawk Hunter heads to Japan to confront the enemy: “The best high-action thriller writer out there today” (Jon Land).
America has been split in two: An army of cultish mercenaries from East Asia has seized the West Coast, conquering territory as far east as the Rocky Mountains—all in the name of Hashi Pushi, a Japanese despot revered as a god. The army may be scattered, but it receives support from two submarines that patrol the Pacific, each armed with a nuclear warhead. Any attack, they have promised, will result in the annihilation of two American cities—a price the battle-scarred populace is not prepared to pay. Onboard the carrier Enterprise, Major Hawk Hunter prepares to strike. His target is not the submarines, but Tokyo itself. In a modern-day Doolittle raid, he and his fellow pilots will attack this warrior cult from the top down, bringing the Wingman face to face with one of America’s most dangerous enemies. War of the Sun is the tenth book of the Wingman series, which also includes Wingman and The Circle War.