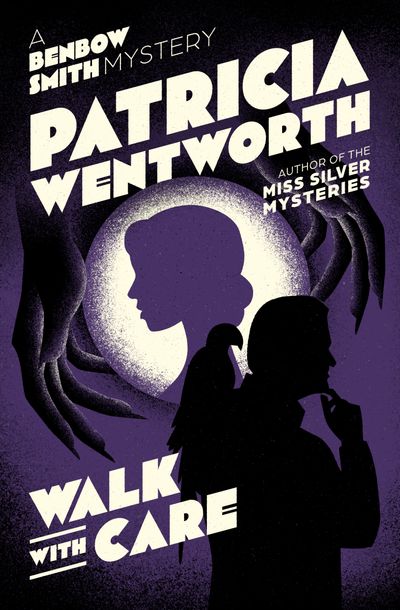 Rosalind Denny, the American-born widow of the under secretary for Foreign Affairs, is still grieving for her husband. Eighteen months ago, Gilbert Denny threw away a happy marriage and a promising political career by ending his life. But Rosalind doesn’t believe that Gilbert’s drowning was a suicide.

In London, Foreign Office agent Benbow Smith is visited by Bernard Mannister, a distinguished member of parliament and president of the British Disarmament League. A confidential letter that could destroy lives and disrupt the precarious balance of Western power is missing. Mannister, like Denny and others before him, is being driven from public service—but why?

With an intriguing cast of characters, including a talking parrot, a sleepwalker, and a psychic, Walk with Care is both a top-notch historical thriller and a revelatory glimpse into the inner workings of British intelligence.

Walk with Care is the 3rd book in the Benbow Smith Mysteries, but you may enjoy reading the series in any order.