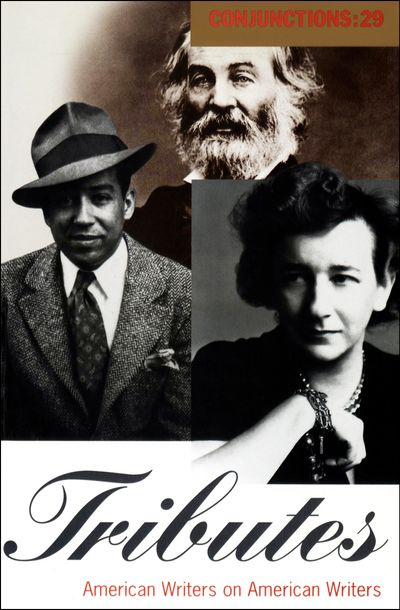 For Tributes, Conjunctions invited a number of contemporary writers to pay homage to American literary masters who made something possible for them—whether that was the act of writing itself, writing a certain book, writing in a particular manner, or living in a way that was consonant with the act of writing. This is an anthology of personal enthusiasms, a colloquium Whitman might have seen as a progress of vistas. John Sayles offers an appreciation of Nelson Algren, Robert Creeley of Edwin Arlington Robinson, Nathaniel Mackey on Walt Whitman. And then there’s Rick Moody on John Cheever, Ben Marcus on Dr. Seuss, Mona Simpson on Henry James, Ana Castillo on Anaïs Nin, Anne Waldman on Jack Kerouac, Lydia Davis on Edward Dahlberg. All in all, forty-five authors share compelling tales of their adopted literary parentage.