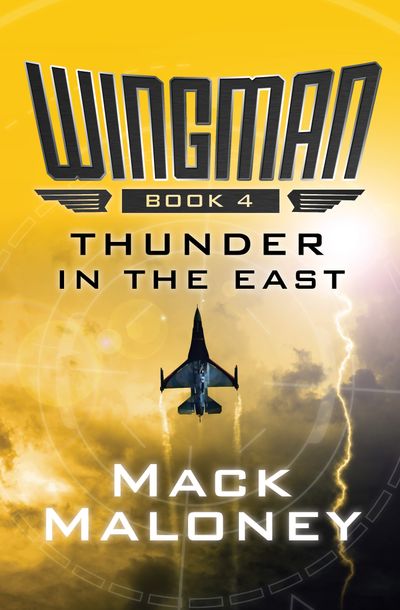 Thunder in the East

Published by Open Road Media
Back from the Middle East, fighter pilot Hawk Hunter begins a campaign to reclaim America from Soviet occupation.
The Soviet sneak attack crippled America, breaking the United States into an array of warring factions ruled by dictators, thugs, and thieves. In the western territories, democracy has survived—thanks to the efforts of Major Hawk Hunter, the greatest fighter pilot of his time, and the Pacific American Air Corps. After narrowly stopping a Soviet ground invasion, Hunter resolved himself to restoring his beloved country—and he will begin by reclaiming Football City. Football City—formerly known as St. Louis—is a hedonistic paradise on the Mississippi. Captured by a criminal army from New Chicago, the city is besieged by the forces of evil. Only Hunter can break through its walls and lead his army onward to Washington, DC. The race to reclaim what was the nation’s capital is on. Thunder in the East is the fourth book of the Wingman series, which also includes Wingman and The Circle War.