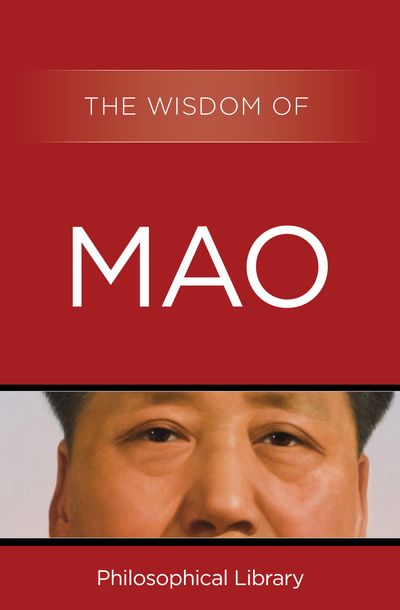 The Wisdom of Mao

Beyond the Little Red Book: China’s revolutionary leader and his philosophy

In this collection of essays, China’s Chairman Mao Tse-Tung explains the interpretation of Marxism-Leninism ideology that became known as Maoism. This philosophy fueled the Chinese Revolution and the massive social and economic changes Mao instituted as the nation’s leader. From examining the way contradictions can cause great shifts within a society, to the necessity of guerilla-based revolution, Mao mixes his philosophical positions with the history of the Chinese people. Featured works include Relation Between Knowledge and Practice, Between Knowing and Doing, The Universality of Contradiction, The Place of Antagonism in Contradiction, China’s Historical Characteristics, The Politics of New Democracy, The Economy of New Democracy, The Culture of New Democracy, and more.This collection offers a detailed insight into the mind of the most important figure in twentieth-century Chinese history.