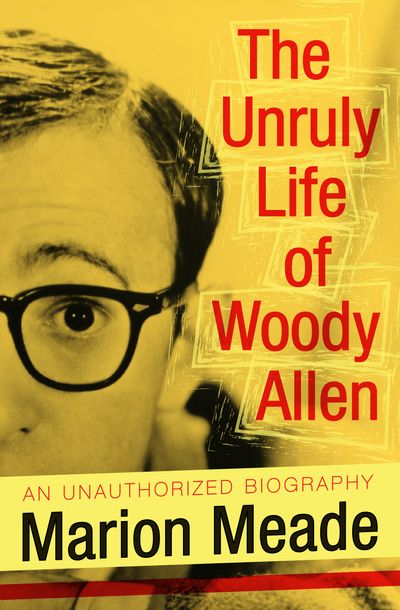 The Unruly Life of Woody Allen

Published by Open Road Media
“A psychologically nuanced, tough-minded portrait” of the New York filmmaker and his relationships with Mia Farrow and Soon-Yi Previn (Publishers Weekly).

Writer, director, actor, humorist. Woody Allen stands as one of our era’s most celebrated artists. Starting in the 1950s, Allen began crafting a larger-than-life neurotic persona that has since entertained and enlightened millions. In his films, widely thought to be autobiographical explorations of his own comic fears and fixations, Allen carefully controlled the public’s view of him as a lovable scamp. But that all came crashing down the day Mia Farrow found a Polaroid on her mantle. What followed was a flurry of sensational headlines and legal battles. His relationship with Soon-Yi Previn, thirty-four years his junior and the step-daughter of his longtime girlfriend, caused shockwaves in the public’s perception of the director, yet few biographers and journalists have explored what happened and why.

In this, the first deep investigation of Allen’s life and the events surrounding his split with Farrow, biographer Marion Meade tracks down dozens of friends, actors, neighbors, and film historians. They open up with insights and details rare in the world of wealth and celebrity. What results is a fascinating portrait of a flawed genius, as adept at constructing his own image as he is at crafting films. Rereleased and updated, this is an unauthorized biography that neither Woody Allen’s fans nor his detractors will be able to put down. The revised and updated edition was reviewed in the Wall Street Journal in 2013 by Carl Rollyson, in a roundup of the five best Hollywood biographies.