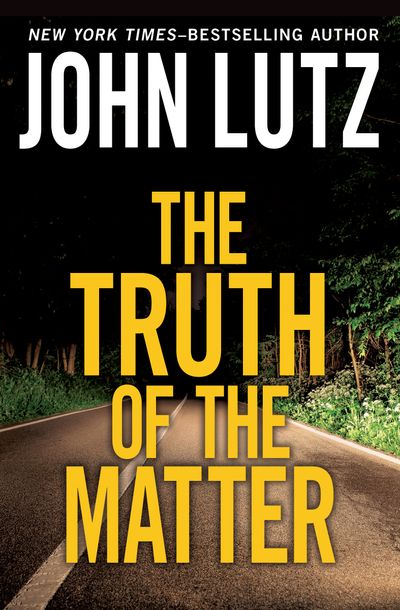 The Truth of the Matter

Published by Open Road Media
A con man takes to the road with a blond drifter, trying to stay one step ahead of a vengeful killer in this chilling thriller from New York Times–bestselling author John Lutz

Lou Roebuck couldn’t tell the truth if his life depended on it. If he could, he might not have lost his job and his wife, or ended up driving over his old nemesis, Ingrahm, in his Thunderbird. Now Roebuck’s a thief and a murderer on the run with nobody to listen to his tall tales but Ellie, a pretty blonde who’s looking for excitement. They’ll have to keep moving, though, because not only are the cops dangerously close behind, but Ingrahm’s cold killer friend, Gipp, is coming after them as well. Roebuck’s going to have to do some pretty fast talking if he and Ellie want to keep breathing. And if he can’t lie his way out of this one, he’s going to find himself lying in an early grave.

A true master of suspense, John Lutz dazzles with a breakneck thriller that has more twists and turns than a winding country road. The Truth of the Matter is a bravura display of Lutz’s justifiably acclaimed storytelling prowess.