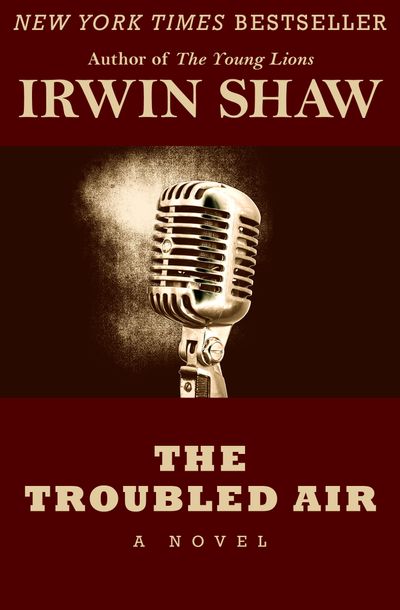 Published by Open Road Media
New York Times Bestseller: A provocative novel about one man’s struggle with courage and his conscience at the height of McCarthyism.
Clement Archer, head of a popular radio show, faces a profound dilemma: Five of his employees stand accused of being communists, and a magazine threatens disclosure unless Archer fires each and every one. Despite his efforts to meet his own moral standards and avoid self-incrimination, Archer finds himself hounded from both ends of the political spectrum for his seemingly righteous actions. The Troubled Air, Irwin Shaw’s second novel, was published immediately before the author moved to Europe, where he lived for the next twenty-five years. The story remains a powerful portrayal of a good, decent man ensnared by the hysteria and cruelty of a dark period in American history. This ebook features an illustrated biography of Irwin Shaw including rare images and never-before-seen documents from the author’s estate.