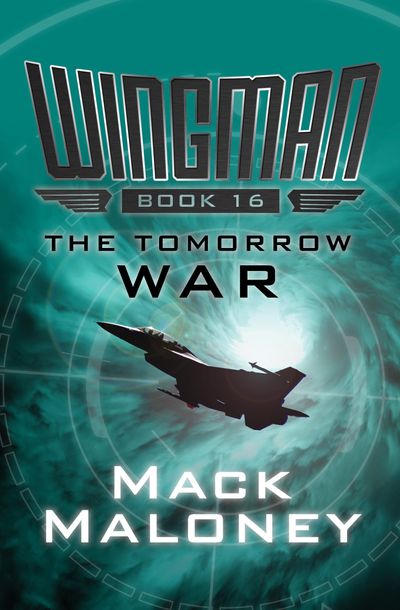 Published by Open Road Media
A fighter pilot embarks on a daring journey in this unique blend of science fiction and fast-paced action-adventure.

In an alternate universe, the Japanese attack Pearl Harbor on December 7, 1998. Within weeks, their massive navy has seized control of the Panama Canal and all of South America. Hope lies in Hawk Hunter, a refugee from another dimension who’s the greatest fighter pilot the world, in any dimension, has ever seen. He mounts a daring raid on Tokyo, dropping a bomb so powerful that it obliterates the Japanese mainland—sinking it beneath the waves like a new Atlantis. And then, after his greatest triumph, the Wingman vanishes.

Finding him is left to Yaz, the sharpest spy the government has to offer, and Zoltan the Magnificent, a US Psychic Corps officer with a dramatic streak. As they get on Hunter’s trail, they find that the Wingman isn’t dead—he’s embarked on his greatest adventure yet.

The Tomorrow War is the sixteenth book of the Wingman series, which also includes Wingman and The Circle War.