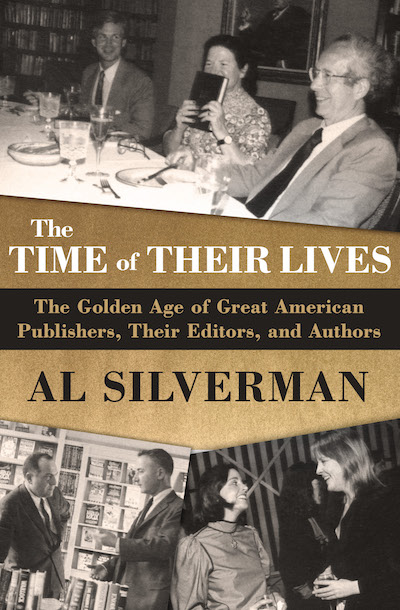 The Time of Their Lives

According to Al Silverman, former publisher of Viking Press and president of the Book-of-the-Month Club, the golden age of book publishing began after World War II and lasted into the early 1980s.

In this entertaining and affectionate industry biography, Silverman captures the passionate spirit of legendary houses such as Knopf; Farrar, Straus and Giroux; Grove Press; and Harper & Row, and profiles larger-than-life executives and editors, including Alfred and Blanche Knopf, Bennett Cerf, Roger Straus, Seymour Lawrence, and Cass Canfield. More than one hundred and twenty publishing insiders share their behind-the-scenes stories about how some of the most famous books in American literary history—from The Rise and Fall of the Third Reich to The Silence of the Lambs—came into being and why they’re still being read today.

A joyful tribute to the hard work and boundless energy of professionals who dedicate their careers to getting great books in front of enthusiastic readers, The Time of Their Lives will delight bibliophiles and anyone interested in this important and ever-evolving industry.