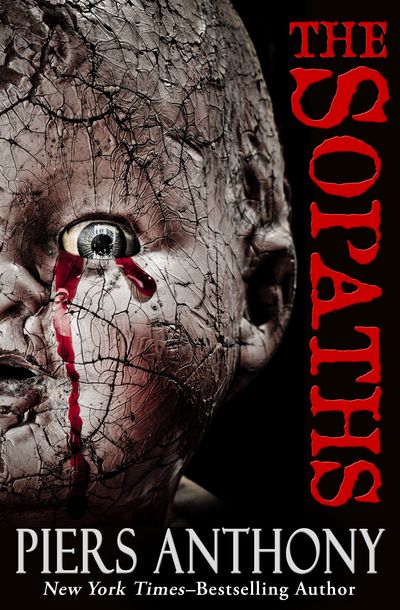 Published by Open Road Media
Humanity is threatened by it’s own monstrous children in this controversial fantasy novel from the New York Times–bestselling author.

Killing children is an ugly business, but the alternative is so much uglier. Abner Slate just watched his five-year-old daughter, Olive, kill his wife and son. Olive is a sopath. Born without souls, sopaths are children who will lie, cheat, rape, and murder to get what they want. There’s one in every family these days, destroying America’s heartland from within.

After murdering his daughter in self-defense, Abner is taken in by a secret network of sopath victims called Pariah. Through Pariah, he meets other sopath victims who band together to form a temporary nuclear family. But the sopath threat is getting worse, and soon their quaint little neighborhood is overrun by murderous, drug-running children.

Now, on a mission for Pariah, Abner and his makeshift family must travel across the country to a mysterious town that contains a secret powerful enough to stop the sopath crisis. Instead, they find the most seductive and ruthless sopath of all. Her name is Autopsy, and she would like to add Abner to her slave collection. The old morality is dead. Now the sopaths will stalk the Earth.