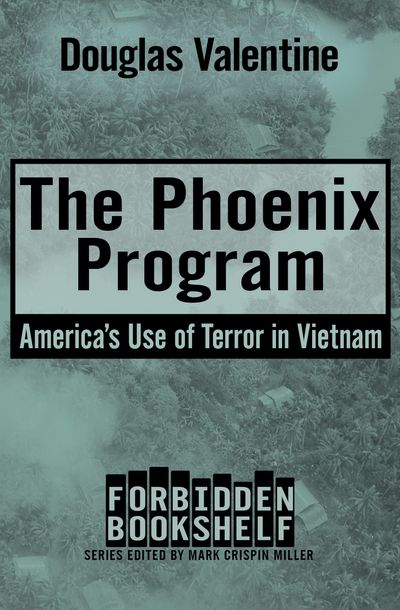 Published by Open Road Media
“This shocking expose of the CIA operation aimed at destroying the Vietcong infrastructure thoroughly conveys the hideousness of the Vietnam War” (Publishers Weekly).

In the darkest days of the Vietnam War, America’s Central Intelligence Agency secretly initiated a sweeping program of kidnap, torture, and assassination devised to destabilize the infrastructure of the National Liberation Front (NLF) of South Vietnam, commonly known as the “Viet Cong.” The victims of the Phoenix Program were Vietnamese civilians, male and female, suspected of harboring information about the enemy—though many on the blacklist were targeted by corrupt South Vietnamese security personnel looking to extort money or remove a rival. Between 1965 and 1972, more than eighty thousand noncombatants were “neutralized,” as men and women alike were subjected to extended imprisonment without trial, horrific torture, brutal rape, and in many cases execution, all under the watchful eyes of US government agencies.

Based on extensive research and in-depth interviews with former participants and observers, Douglas Valentine’s startling exposé blows the lid off of what was possibly the bloodiest and most inhumane covert operation in the CIA’s history.

The ebook edition includes “The Phoenix Has Landed,” a new introduction that addresses the “Phoenix-style network” that constitutes America’s internal security apparatus today. Residents on American soil are routinely targeted under the guise of protecting us from terrorism—which is why, more than ever, people need to understand what Phoenix is all about.