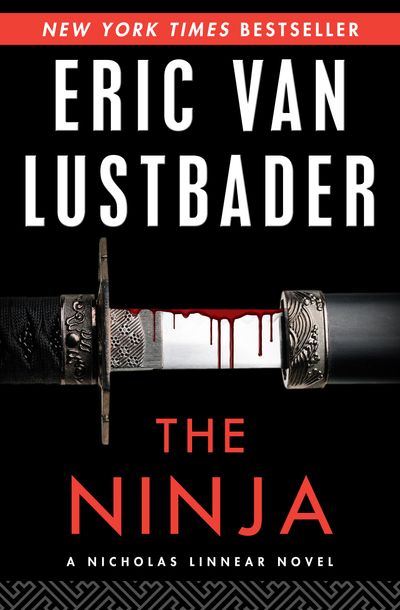 Published by Open Road Media
In this New York Times–bestselling thriller, a martial artist’s past returns to haunt him—in the form of a murderous ninja.

Raised in Japan by a British father and a Chinese mother, young Nicholas Linnear felt at home only in the dojo, where he gave himself over to mastering ninjutsu—the ancient art of the ninja. Over years of training, he ascended to the highest ranks imaginable—until a confrontation over the very meaning of ninjutsu changed his approach to martial arts forever, sending him on a journey that would take him across the globe.

Now, after years of success in the advertising business, Linnear quits his job abruptly when he feels himself yearning for the life he led in Japan. Searching for direction, he meets a striking beauty named Justine, but just as he is beginning to fall in love, something chilling draws him back into his past: the corpse of a coworker, murdered by a Japanese throwing star. There is a ninja loose in New York City, and as the body count rises, it becomes clear that people close to Linnear are being targeted. Only he has the skill to stop a twisted killer with a personal vendetta.

The first in a riveting series by the #1 New York Times–bestselling author who currently writes the Jason Bourne novels, this is “as gripping a tale of hatred and revenge as you will read . . . Superb” (News & Record).