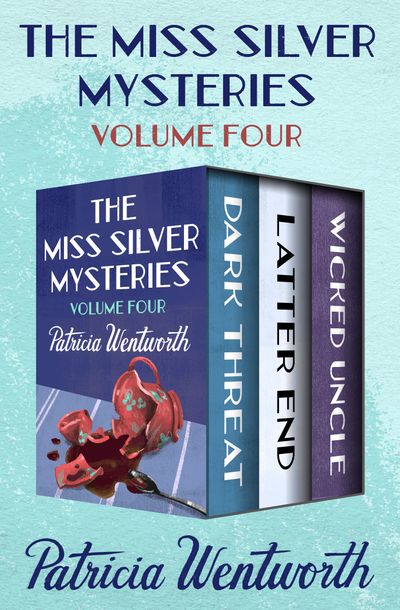 Meet Miss Maud Silver, a retired governess and “little old lady who nobody notices, but who in turn notices everything” (Paula Gosling, author of the Jack Stryker mystery series).

Dark Threat: Judy Elliot leaves war-torn London for a job as a maid in the peaceful countryside. But something’s not right at the house known as Pilgrim’s Rest. Fortunately Miss Silver is skilled at shedding light on deadly secrets . . .

Latter End: Wealthy Mrs. Lois Latter thinks she has everything, but that doesn’t stop someone from giving her poison. And with the late matron’s long list of enemies, Miss Silver has her work cut out for her . . .

Wicked Uncle: Gregory Porlock didn’t become one of Britain’s most powerful men by following the rules. But when he’s found with a knife in his back, the game is over. Now Miss Maud Silver must deduce who’s playing dirty.