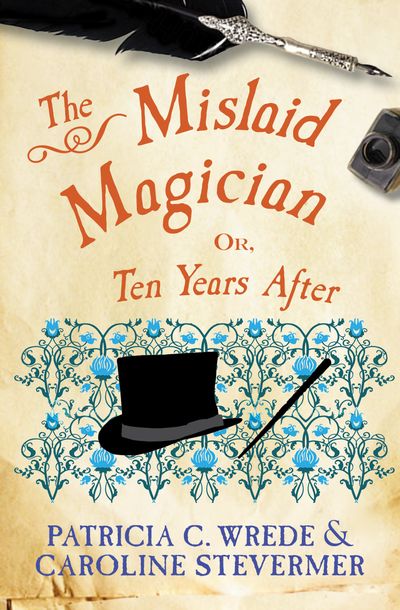 Published by Open Road Media
Family affairs don’t stop cousins Cecelia and Kate from their magical duties in Regency England—“A thoroughly enchanting confection” (Kirkus Reviews).
It’s been a decade since Kate and Cecelia foiled Napoleon’s plot to reclaim the French crown. The cousins now have estates, children, and a place at the height of wizarding society. It is 1828, and though magic remains at the heart of the British Empire, a new power has begun to make itself felt across England: the steam engine. As iron tracks crisscross the countryside, the shaking of the locomotives begins to disrupt the workings of English magic, threatening the very foundations of the Empire. A foreign wizard on a diplomatic mission to England vanishes, and the Prime Minister sends Cecelia’s husband to investigate. In order to accompany her husband to the north of England, Cecelia leaves her children in Kate’s care. As Cecelia and James fight for the future of magic, Kate is left with a no less daunting problem: how to care for a gaggle of disobedient, spell-casting tots. This ebook features illustrated biographies of Patricia C. Wrede and Caroline Stevermer including rare photos and never-before-seen documents from the authors’ personal collections.