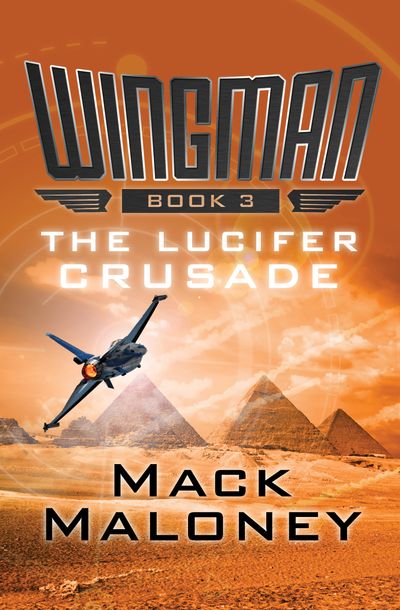 Published by Open Road Media
After a devastating Russian attack on the United States, a lone American fighter pilot is out for revenge—even as he evades every air force on earth.
When Soviet nukes destroyed the United States, Hawk Hunter took refuge in the only place he has ever felt safe: the sky. One of the finest fighter pilots of all time, he used his talents to found the Pacific American Air Corps (PAAC), a democratic counterweight to the corruption that dominates the rest of the country. Their first action was the Circle War: a Russian invasion led by the sinister terrorist Viktor Robotov. The PAAC expelled the Russians, but Robotov managed to escape. And the Wingman has taken up the pursuit. In a world where it’s a crime to wave stars and stripes, Hunter paints his F-16 red, white, and blue. Pursued by every air force on Earth, he tears up the sky in search of revenge. There are hundreds of killers on his tail, but he has only one target—and Hunter never misses. The Lucifer Crusade is the third book of the Wingman series, which also includes Wingman and The Circle War.