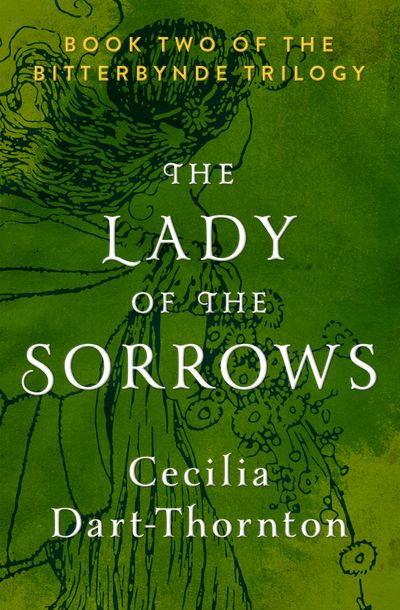 The Lady of the Sorrows

Published by Open Road Media
A courageous maiden searches for her forgotten history as her king wages desperate war on malevolent creatures known as the unseelie, who are plotting the destruction of all humankind

The newly named Lady of the Sorrows must carry important tidings to the King-Emperor of Caermelor. In her heart she longs to encounter the king’s ranger Thorn, a dark-haired warrior of bewitching beauty and unsurpassed skill. But upon reaching the royal court, she learns that the ruler and his men have gone to war against the forces of wickedness threatening the mortal realms. As the lady awaits their return, a dreadful suspicion unfolds: The brutal Lord Huon and his monstrous Wild Hunt are attacking again and again. Is she the target they seek?

The 2nd book in the acclaimed Bitterbynde Trilogy, The Lady of the Sorrows confirms author Cecilia Dart-Thornton’s standing as a bold, fresh, and vitally important voice in fantasy fiction. Ingeniously weaving the ancient legends and folklore of the British Isles into a rich and colorful tapestry, she has created an epic work of the imagination, a uniquely unforgettable heroine, and a fantasy adventure for the ages.