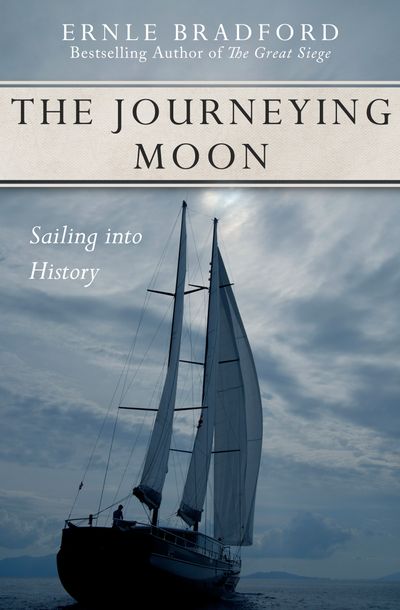 Published by Open Road Media
A memoir of life as an adventurer and sailor in the Mediterranean, by the noted naval historian.

Ernle Bradford spent his twenty-first birthday in Egypt, serving in the Royal Navy during World War II. It was there that he came across the profoundly affecting words of Anton Chekhov: “Life does not come again; if you have not lived during the days that were given to you, once only, then write it down as lost.”

After the war, Bradford married and settled in London, but the mandate of those words inspired him and his wife to quit their jobs, sell their home, and sail to France in their small ship Mother Goose. The Journeying Moon chronicles their adventures as they travel through Europe and the Mediterranean. From the people of Malta who believed Bradford was a spy from MI5, to his interactions with the Sicilian Mafia, Bradford tells the charming and vivid tale of his days as a true adventurer.