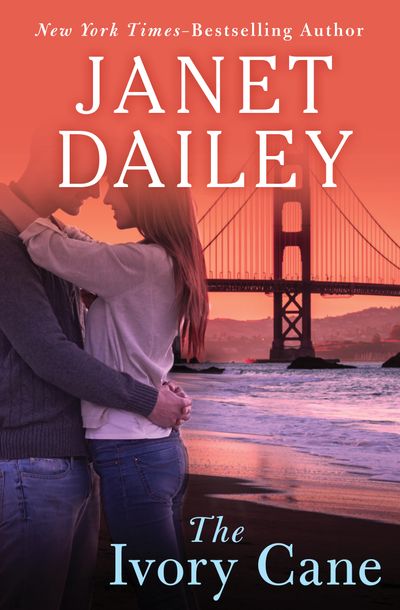 Sabrina Lane had a life, a home of her own, and a career she loved. But all of that changed the night she drove her car off a dark road in an accident that left her blind, dependent on others, and struggling to find herself. Until Bay Cameron steps into her world, demanding she live again, daring her to feel things she no longer believes possible.

If it weren’t for Bay’s arrogance, Sabrina might even take his advice. If weren’t for her belief that no man will ever want her again, she might even fall in love . . .

Set in the romantic seaport city of San Francisco, The Ivory Cane is a classic novel about the transformative power of love from Janet Dailey, one of the world’s most popular novelists with over 300 million copies of her books in print in nineteen languages.