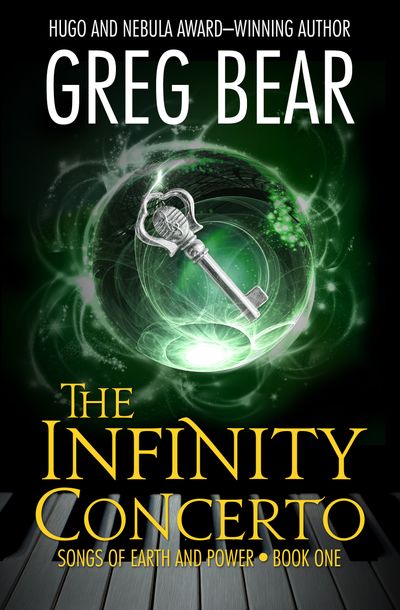 Published by Open Road Media
Music, myth, and magic mix in this tale of a melody not meant for human ears, from the New York Times–bestselling and award-winning author of Darwin’s Radio.

Michael Perrin is an aspiring poet, struggling to express the chaotic cadences of his thoughts on paper. He finds a kindred spirit in Arno Waltiri, the film score composer behind several of Michael’s favorite classic movies. The maestro’s greatest piece, however, was performed in front of a live audience only once. The concerto Opus 45, Infinity left its listeners entranced, altered to the very core of their souls.

Waltiri’s composition is a song of power. Never meant to be heard by human ears, its melody is as captivating as a siren’s call; its notes ring out like a death knell; and its rhythms shake the very foundations of reality.

The music’s otherworldly tones have led Michael through the gate between Earth and the Realm of the Sidhedark, where faeries reign by rule of magic—and where Michael must find his muse if he’s ever to return home.

The Infinity Concerto is a fantasy masterpiece by the Hugo and Nebula Award–winning author of the Forerunner Saga, Eon, and other imaginative classics.