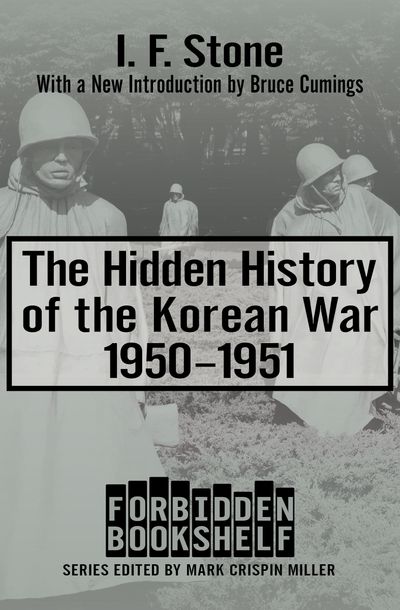 Published by Open Road Media
“A great journalist” raises troubling questions about the forgotten war in this courageous, controversial book—with a new introduction by Bruce Cumings (The Baltimore Sun).

“Much about the Korean War is still hidden, and much will long remain hidden. I believe I have succeeded in throwing new light on its origins.” —From the author’s preface

In 1945 US troops arrived in Korea for what would become America’s longest-lasting conflict. While history books claim without equivocation that the war lasted from 1950 to 1953, those who have actually served there know better. By closely analyzing US intelligence before June 25, 1950 (the war’s official start), and the actions of key players like John Foster Dulles, General Douglas MacArthur, and Chiang Kai-shek, the great investigative reporter I. F. Stone demolishes the official story of America’s “forgotten war” by shedding new light on the tangled sequence of events that led to it.

The Hidden History of the Korean War was first published in 1952—during the Korean War—and then republished during the Vietnam War. In the 1990s, documents from the former Soviet archives became available, further illuminating this controversial period in history.