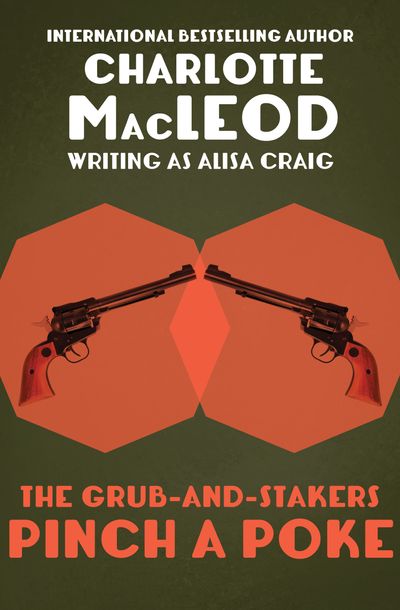 The Grub-and-Stakers Pinch a Poke

Published by MysteriousPress.com/Open Road
The curtains almost close on an actor in this cozy gardening club mystery featuring amateur sleuth Dittany Henbit and her husband, Osbert Monk.
When Jenson Thorbisher-Freep announces an amateur theatrical contest, the women in the Grub-and-Stake gardening club race to join in. They enlist Osbert Monk as their playwright—not only is he married to their club leader Dittany Monk, but he’s famous the world over as Lex Laramie, bestselling novelist of Westerns. Taking the legend of Dangerous Dan McGrew as his inspiration, Osbert delivers a rough draft faster than the Pony Express. Now all the Grub-and-Stakers have to do is cast it. To play McGrew, Dittany picks town cad Andrew McNaster, who has recently improved his manners in an attempt to woo Osbert’s aunt, Arethusa. The gunslinger’s performance gets a bit too real on opening night, though, when his prop bullets are replaced with real ones, and claim the toe of a fellow thespian. Is McNaster as nice as he pretends to be? Or has he taken his part too close to heart, and decided to become very dangerous indeed?