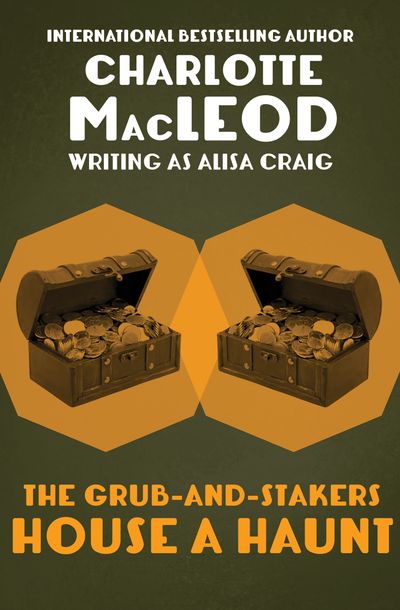 The Grub-and-Stakers House a Haunt

Published by MysteriousPress.com/Open Road
A widowed gardener meets a ghost from frontier times who’s out for revenge: “The screwball mystery is Charlotte MacLeod’s cup of tea” (Chicago Tribune).
Zilla Trott is pouring her cat some chamomile tea when the drifter appears in her kitchen. He is grubby and crude—not at all the kind of person you’d usually find in the pleasant town of Lobelia Falls—but something about him intrigues the aging widow. Perhaps it’s his rugged good looks, or the way he seems to come from another time and place. Or perhaps it’s the fact that he’s been dead for nearly a century. When Lobelia Falls was in its rough-and-tumble frontier infancy, Hiram Jellyby was the best mule driver the town had ever seen, until an argument over a hidden cache of gold left him bleeding to death in a back alley. He returns in spectral form to secure a proper burial, and finds that in modern-day Lobelia Falls, no one knows more about turning the soil than Zilla Trott’s gardening buddies—all members of Dittany Monk’s fearless Grub-and-Stake Gardening and Roving Club.