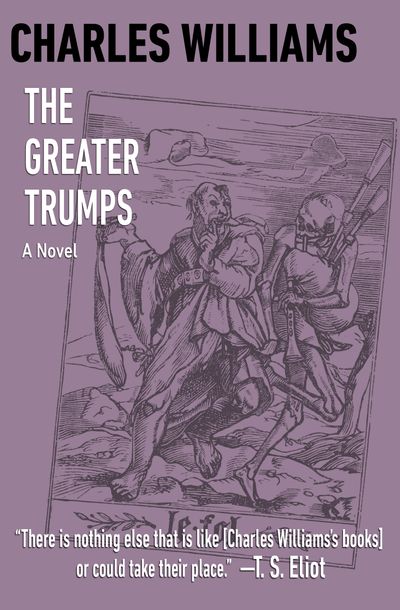 Published by Open Road Media
In this classic tale of spirituality, morality, and the occult, a dark plot to murder an unsuspecting Englishman who possesses the world’s rarest tarot deck unleashes uncontrollable elemental forces

The original and most mystical of all playing-card decks, the tarot has seduced seekers of otherworldly knowledge for centuries—and of all its cards, the most potent are the twenty-two symbolic images that comprise the Greater Trumps. By a strange twist of fate, the very first tarot deck, dating back centuries, has come into the possession of Lothair Coningsby, a uniquely unimaginative Englishman. Though he has no intention of relinquishing his treasure, there are others who covet the tarot’s power. Henry Lee, for one—fiancé of Coningsby’s beautiful daughter, Nancy—is driven by an obligation even deeper than his devotion to his beloved. Henry is of Gipsy blood, and the Romany believe that they alone are the true guardians of the mystical tarot. Invited to spend the holidays at the out-of-the-way home of Aaron Lee, Henry’s grandfather, the unsuspecting Coningsbys are blind to the chilling conspiracy taking shape around them. For on this stormy Christmas Day, their hosts are preparing to commit foul murder to gain possession of the coveted occult deck, unleashing devastating primal forces that no human could possibly contain.

The brilliant fiction of Charles Williams, who was a member of the Inklings alongside fellow Oxfordians C. S. Lewis, J. R. R. Tolkien, and Owen Barfield, is considered to be among the most provocative, imaginative, and intelligent explorations of spirituality and the supernatural produced during the twentieth century. The proof lies in his magnificent classic The Greater Trumps, a many-layered tale of hubris and faith that is arguably one of the greatest mystical thrillers of all time.