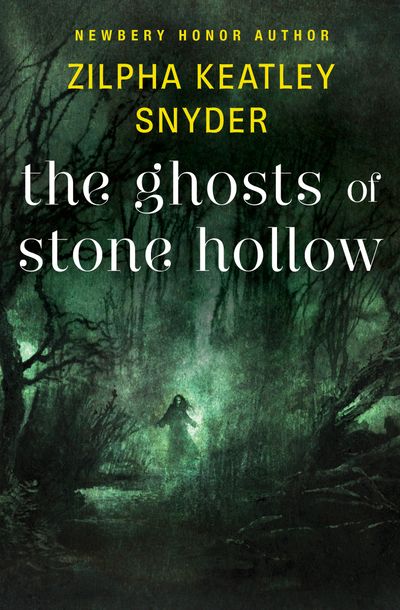 The Ghosts of Stone Hollow

Published by Open Road Media
Amy’s new town holds a secret far more wondrous than she could ever imagine
Taylor Springs is the place where Amy’s family grew up, and it felt like her hometown even before she moved there. But there is one place that her family left out of their stories: the supposedly haunted Stone Hollow, a hidden valley with an old, deserted cottage. And though Amy is curious, she can’t get a straight answer about it from anyone—well, anyone except Jason. Jason has explored Stone Hollow, and he doesn’t think it’s haunted. He has a different theory: He believes it’s a place where time folds and moves over itself, replaying scenes and moments from the past. And sometimes, the past comes back in unexpected and unwanted ways. Amy doesn’t believe Jason at first, but soon she realizes that things aren’t always as they seem. Could Jason be right about the secret of Stone Hollow? This ebook features an extended biography of Zilpha Keatley Snyder.