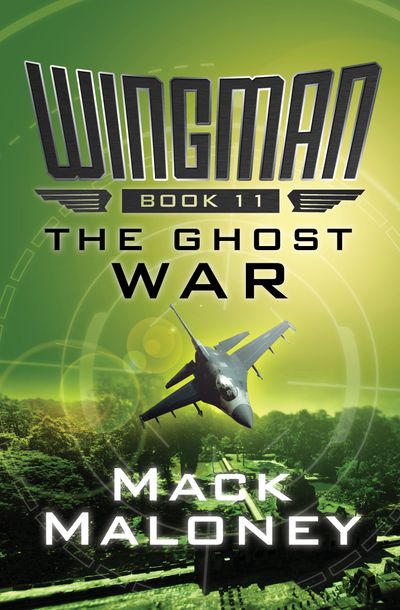 Published by Open Road Media
Hawk Hunter must stop a super-weapon before it reaches America’s shores: “The best high-action thriller writer out there today, bar none” (Jon Land).

Low on fuel while patrolling the South Pacific, Captain “Crunch” O’Malley has no choice but to touch down on Xmas Island, a capitalist’s paradise, where anything can be bought or sold. On his first fly-by, he finds the hedonistic hot spot is nothing more than a blackened hole in the ground. A weapon of extreme power has wiped out every trace of life on the island, and the United States could be next.

The carnage was wreaked by a battleship armed with an array of sixteen-inch cannons that, in a matter of minutes, could obliterate any city on Earth. As far as Hawk Hunter is concerned, that constitutes a direct threat to the West Coast. And so, as he has done so many times before, he will suit up and defend the nation that he loves.

The Ghost War is the eleventh book of the Wingman series, which also includes Wingman and The Circle War.