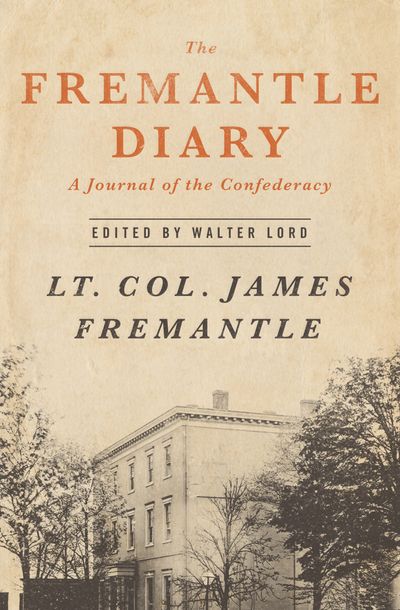 Published by Open Road Media
The fascinating diary of English colonel James Fremantle, who spent three months behind Confederate lines at the height of the American Civil WarThree hours after stepping onto American soil, James Fremantle saw his first corpse: that of a bandit lynched for taunting Confederate officers. But Fremantle was not shocked by this grisly introduction to the Civil War. On leave from Her Majesty’s army, the Colonel had come to tour the fight, and see firsthand the gallant Southerners about whom he had read. In the next three months, he witnessed some of the most monumental moments of the entire war. Starting on the war’s western fringe, Fremantle worked his way east, arriving on the Confederate lines in time for Gettysburg, which he watched with a telescope in a tree outside the tent of General Hood. Along the way he met Robert E. Lee, P. G. T. Beauregard, Jefferson Davis, and nearly every other Confederate leader at the time. Including an insightful introduction and notes by bestselling author Walter Lord, The Fremantle Diary is an elegant memoir and intimate portrait of one of the nation’s most savage conflicts.