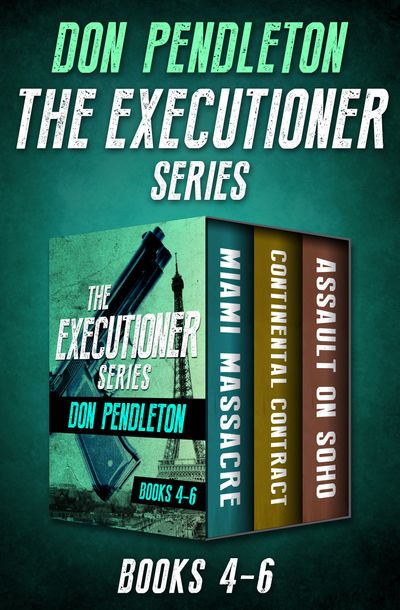 To avenge his father, former Special Forces sniper Mack Bolan declares a one-man war on the Mafia. Included in this volume are books 4–6 in the long-running series.

Miami Massacre: A Miami summit attended by every mob capo in the country offers the Executioner the perfect opportunity to destroy the Mafia in one fell swoop.

Continental Contract: Forced to flee to France, Bolan takes on the thugs of the Paris underworld, foiling the kidnapping of a movie star and rescuing some frisky filles de joie from sex slave traders.

Assault on Soho: The Executioner takes his war to the streets of London, where he’s about to turn merry old England into bloody hell.