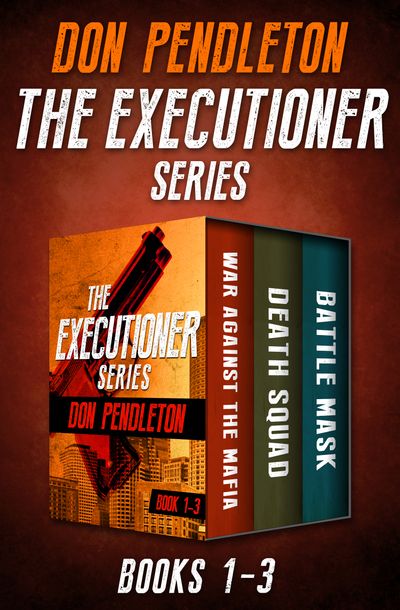 In the jungles of Southeast Asia, no sniper was more ruthless than Mack Bolan. After twelve years in-country, with ninety-five confirmed kills, the Special Forces sergeant returns to the United States only to find that his father has gone berserk, slaughtering his family before taking his own life. But Bolan knows his old man was no killer: He was under pressure from a gang of Mafia thugs who were after his money—and willing to destroy his life to get it. For the sake of his father, Bolan declares war on the men who drove him mad . . .

Now in one volume, these are the first three action-packed novels in the long-running series that has sold more than 200 million copies. If you’re a fan of Rambo, James Bond, or Jack Reacher, it’s time to meet the one and only Mack Bolan—an elite operative with a haunted past pitted against legions of mobsters no one else can take down.