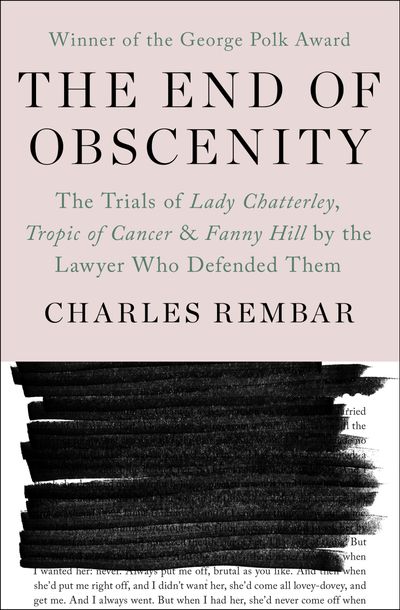 The End of Obscenity

Up until the 1960s, depending on your state of residence, your copy of Henry Miller’s Tropic of Cancer might be seized by the US Postal Service before reaching your mailbox. Selling copies of Cleland’s Fanny Hill in your bookstore was considered illegal. Lady Chatterley’s Lover by D. H. Lawrence was, according to the American legal system, pornography with no redeeming social value.

Today, these novels are celebrated for their literary and historic worth. The End of Obscenity is Charles Rembar’s account of successfully arguing the merits of such great works of literature in front of the Supreme Court. As the lead attorney on the case, he—with the support of a few brave publishers—changed the way Americans read and honor books, especially the controversial ones.

Filled with insight from lawyers, justices, and the authors themselves, The End of Obscenity is a lively tour de force. Racy testimony and hilarious asides make Rembar’s memoir not only a page-turner but also an enlightening look at the American legal system.