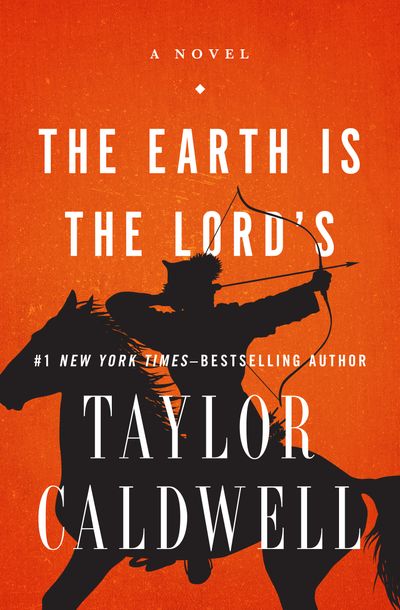 The Earth Is the Lord's

Published by Open Road Media
From a #1 New York Times–bestselling author: A “magnificent” epic based on the early life of Genghis Khan (New York Herald Tribune).

This sweeping saga captures life in the Far East during the Middle Ages and dramatizes the events that transformed a Mongol tribesman named Temujin into the man who would conquer Asia and be known to the world for centuries to come as Genghis Khan.

Raised by an indomitable woman and educated by his outcast uncle, Temujin becomes a fearsome warrior who inspires loyalty in his friends and hatred in his enemies. But he is also blessed with a keen intelligence and the charisma of a natural born leader. In an era marked by treachery and savage violence, these gifts lead Temujin to a relentless pursuit of power.

From the Gobi Desert to Samarkand, Taylor Caldwell transports readers to a distant world and shines a brilliant light on one of history’s most enigmatic figures. On her “huge historical canvas . . . blood spurts from the knife; beads of sweat stand out on straining flesh; lusts are consummated and revenges achieved” (New York Herald Tribune).