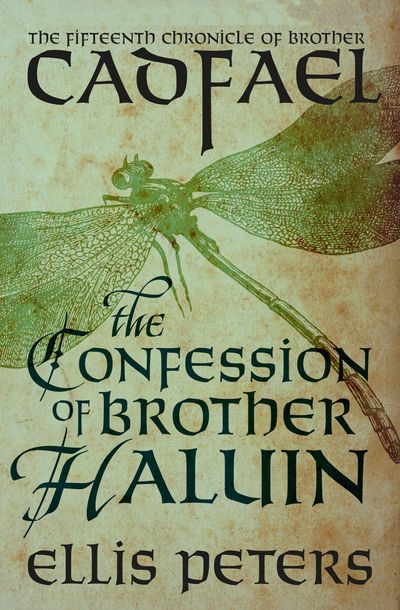 The Confession of Brother Haluin

Published by MysteriousPress.com/Open Road
A monk’s journey of amends leads to murder in this “thoroughly entertaining medieval mystery” in the Silver Dagger Award–winning series (Publishers Weekly).

Winter arrived early in 1142, bringing with it a heavy snowfall. The safety of the guest-hall roof at the Benedictine Abbey of St. Peter and St. Paul comes into jeopardy, and the brothers are called upon to effect repairs. But the icy and treacherous conditions are to prove near fatal for Brother Haluin. He slips from the roof and crashes to the ground, sustaining terrible injuries—grave enough for him to want to make his deathbed confession.

The confession is heard by the abbot and Brother Cadfael; a wicked story, of trespasses hard for God or man to forgive. But Haluin does not die. On his recovery, he determines to make a journey of expiation, with Cadfael as his sole companion. It is an arduous journey, physically and emotionally, and one that leads to some shocking discoveries.