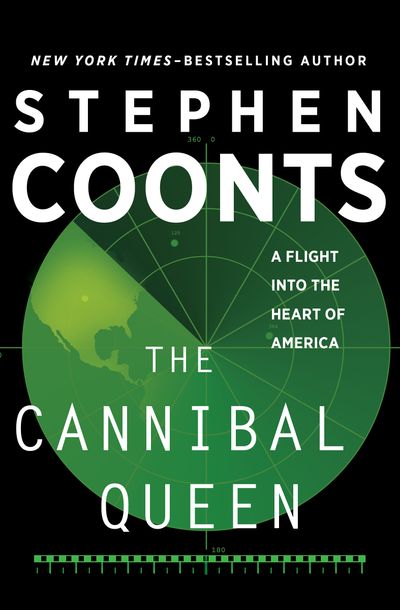 Published by Open Road Media
The New York Times–bestselling icon of the techno-aviation thriller takes to the skies in this memoir of a great American adventure in an open-cockpit biplane.

It was a bird’s-eye view of America—and the trip of a lifetime for author Stephen Coonts and his fourteen-year-old son. But even for Coonts, who had clocked 1,600 hours as a naval aviator and was the recipient of the Distinguished Flying Cross commendation, this was a first. He’d be flying closer to the earth than he ever had before. His big yellow wood-and-canvas bird was the Cannibal Queen, a Stearman open-cockpit biplane built in 1942. Destined for the scrap yard, it was rescued and restored for what Coonts would call his “Stearman summer.”

On a clear June afternoon in 1991, Coonts and his son took off to see the country the same way the barnstormers flew their Jennys: with a map and a compass. Coonts followed highways, railroad lines, back roads, mountains, rivers, and landmarks. For the next three months, seeing old friends and meeting new ones, he touched down on the diverse landscapes of each of the forty-eight contiguous states to record the stories of the American countryside, its spirited people, and its rich history.

Soaring from big cities to the heartland, experiencing everything from Bourbon Street jazz and small-town barbershop quartets to greasy spoons and backyard barbeques, the author of Flight of the Intruder and The Art of War captures not only the singular thrill of biplane aviation, but a nostalgia for the simple pleasures of an America thought lost and forgotten. Stephen Coonts found it, and in The Cannibal Queen he shares every exultant moment.
This ebook features an illustrated biography of Stephen Coonts, including rare photos from the author’s personal collection.