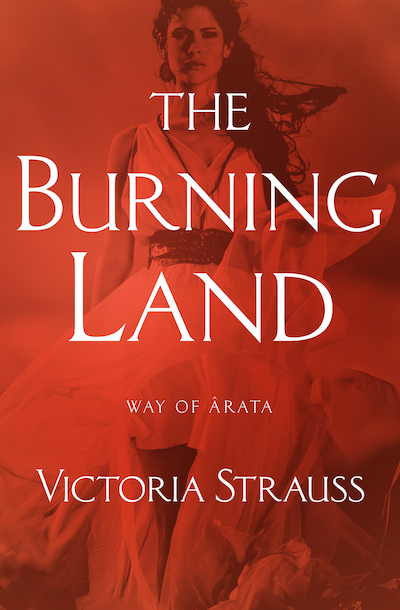 Published by Open Road Media
In a hidden desert sanctuary, the sorcerer-priest of a reborn faith uncovers dark truths about his world and its masters in the first book of Victoria Strauss’s fantasy masterwork, the Way of Ârata

A realm long held in the iron grasp of godless tyrants, Arsace is finally free to worship its beloved, once-outlawed deity, Ârata. But decades of cruelty and oppression have left their mark—evidenced not only by the desecrated Âratist temples throughout the holy city of Baushpar but by the widespread mistrust and suspicion that has lately fallen on the Shapers, the powerful mages whose magic is beholden to no religious or government institution.

Both a Shaper and a deeply devout priest, Gyalo Amdo Samchen has embarked on a great mission into the sacred Burning Land to rescue the renegades who, years before, fled into the desert to escape the city’s madness—among them the Dreamer Axane, who dares not reveal her forbidden visions of a world beyond. But shocking truths await Gyalo in the hidden sanctuary of Refuge—and what he learns there of his quest, his land, its leaders, and its faith will cause him to question everything he fervently believes while providing the terrible spark that could ignite the war to end all wars.

In a magnificent feat of world building, Victoria Strauss has created a unique, vividly imagined land, society, and religious culture while spinning a riveting tale of duty, revelation, destiny, and magic that places her in the top ranks of contemporary fantasists.