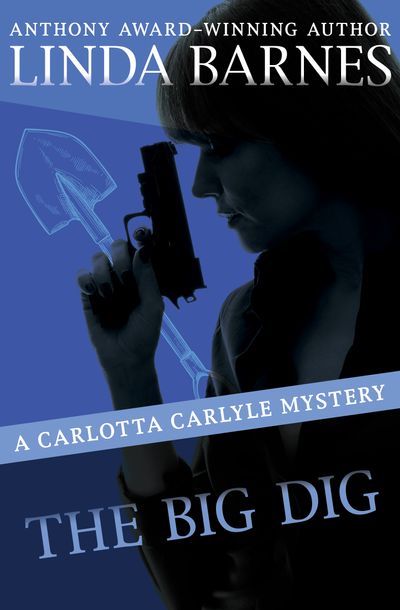 Boston’s largest urban renewal undertaking in modern history draws Carlotta into an undercover gig at the site. It comes at the request of a disgruntled hardhat who suspects the multibillion-dollar project has set off a groundswell of graft, kickbacks, and fraud. The case hasn’t unearthed anything but dirt, so Carlotta is tempted into moonlighting on another: a Beacon Street socialite who’s deeply concerned about her vanishing tenant, a dog groomer named Veronica James.

Since there’s no possible way Veronica would run off without her beloved Norwegian wolfhound, Carlotta’s suspicions are definitely aroused. And when her big-dig informant falls to his death in a highly dubious accident, Carlotta’s torn between two disparate investigations: an unlikely kidnapping and a likely murder . . .

Until they begin to converge, “and watching Carlotta tease out their deep, disturbing connections is pure pleasure” (Kirkus Reviews).

The Big Dig is the 9th book in the Carlotta Carlyle Mysteries, but you may enjoy reading the series in any order.