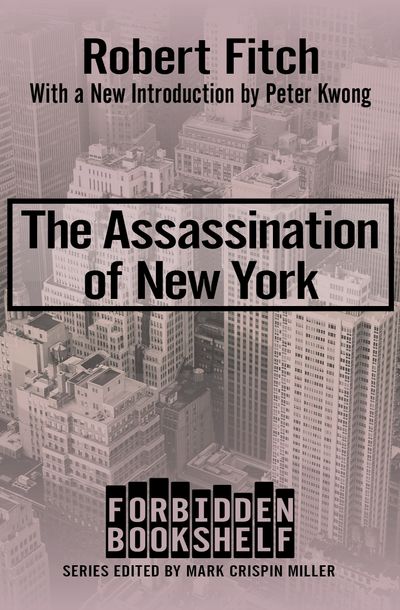 Published by Open Road Media
The story of how the richest city in the world became one of the poorest in North America, with a new introduction by Peter Kwong

How did New York City come to be a network of steel towers, banks, and nail salons, with chain drugstores on every block—a place where, increasingly, no one can afford to live except the lords of Wall Street and foreign billionaires, and where more and more of the Big Apple’s best-loved businesses have closed their doors? It didn’t start with Michael Bloomberg—or with Robert Moses. As Robert Fitch meticulously demonstrates in this eye-opening book, the planning to assassinate New York began a century ago, as the city’s very richest few—the Morgans, the Mellons, and especially the Rockefellers—looked for ways to maximize the value of their real estate by pushing Gotham’s vibrant and astonishingly varied manufacturing sector out of town, and with it, the city’s working class.

The Assassination of New York attacks a Goliath-like enemy: the real-estate developers who maintain a stranglehold on the city’s most valuable commodity. Their efforts to increase land value by replacing low-rent workers and factories with high-rent professionals and office buildings was one of the single most decisive factors in the city’s downturn. In the 1980s the number of real-estate vacancies eclipsed that of the fiscal crisis of the 1970s. In September of 1992 there was a staggering twenty-five million square feet of empty office space.

Are the city’s problems fixable? How will the future of New York play out through the twenty-first century? Fitch comes up with solutions, from saving jobs to promoting economic diversity to rebuilding the crumbling infrastructure. But it will take vision and hard work to restore New York to what it once was while creating a new and better home for coming generations.