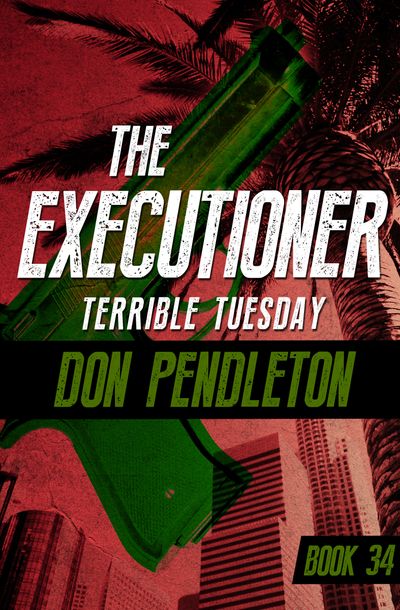 Yesterday Mack Bolan was in Louisville, dismantling the midwestern crime syndicate drop by bloody drop. The next stop on his six-day rampage is California, where ambitious gangsters have pooled their resources to form a last-ditch coalition known as the California Concept. The Executioner arrives on Tuesday. His intent is to have destroyed the criminal empire by Wednesday.

Bolan starts his battle by rescuing the daughter of a midlevel boss and using her father’s influence to get close to the local mob. The criminal syndicate of California is far healthier than he realized, and its leaders are on the verge of pioneering a high-tech brand of organized crime that could upend life across the United States. It would take the police years to unravel this conspiracy, but Bolan has no time to waste. The killing starts now.

Terrible Tuesday is the 34th book in the Executioner series, but you may enjoy reading the series in any order.