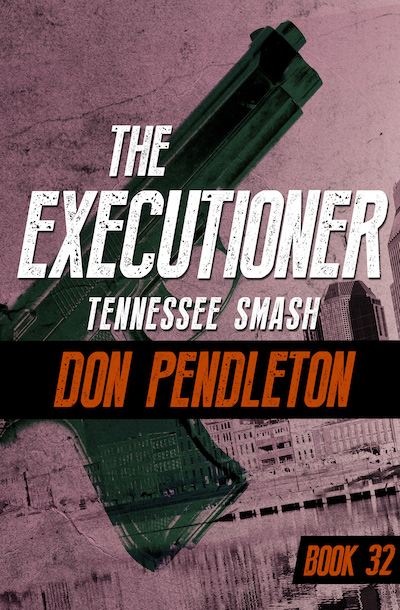 Published by Open Road Media
To save two friends, the Executioner sets his sights on Music City

Mack Bolan has spent a lifetime crisscrossing the country, taking the Mafia apart piece by piece. Occasionally, this solitary crusader has found allies—strong-willed fighters who hate the Mafia just as much as he does but who prefer to do battle inside the law. Lately, several of them have joined up with the Sensitive Operations Group, a top-secret task force devoted to unconventional crime fighting. Bolan never considered joining the team, but when two of his oldest friends are captured by the mob, the Executioner will fight alongside Uncle Sam to get them back.

Carl Lyons and Smiley Dublin were last seen in Nashville, the country music capital and stronghold for the Dixie Mafia. In Music City, Bolan will teach the mob to play a different tune—a song of mayhem, violence, destruction and death.

Tennessee Smash is the 32nd book in the Executioner series, but you may enjoy reading the series in any order.