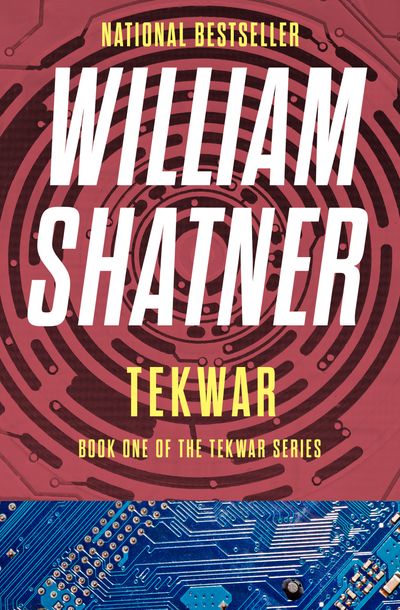 Published by Open Road Media
The national bestselling detective novel set in a futuristic Los Angeles by the legendary actor who played the original Captain Kirk on Star Trek!
Not satisfied with the thrills of being one of Greater Los Angeles’ toughest cops, Jake Cardigan turns to Tek, a computerized brain stimulant which transports the user to any reality he can imagine. He’s soon addicted to this fantasy-enabler—and it isn’t long before Cardigan is accused of dealing. When he fails to convince the mechanized jury of his innocence, the state strips his badge and sentences him to fifteen years in suspended animation. Four years later he’s awakened. His sentence has been changed, but no one will tell him why. Cardigan’s search for answers takes him to Mexico, where a rogue scientist is attempting to rid the world of Tek. But these efforts have roused powerful enemies. Aiding this quest is the right thing to do, but for an ex-con, doing good can be the most dangerous decision of all. This ebook features an illustrated biography of William Shatner including rare images and never-before-seen documents from the author’s personal collection.