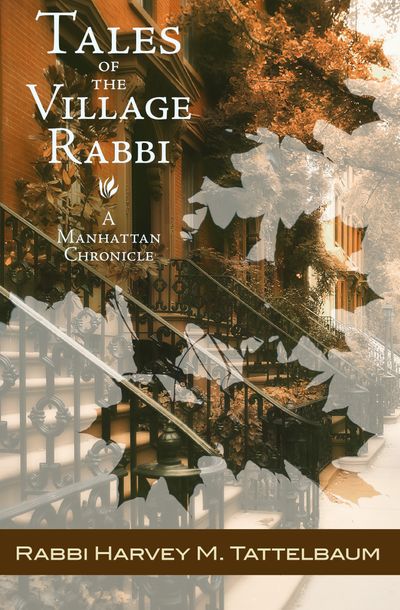 Tales of the Village Rabbi

Published by Open Road Media
A warm, witty memoir of Greenwich Village in the late 1950s and ’60s by a young rabbi who led a local synagogue in the midst of it all.

In the late fifties and sixties, Greenwich Village was the quirkiest, most charming, jazzy, eccentric, and urban of environments, the center of all that was both quaint and “cool”: brownstones and beatniks, coffeehouses and college students, folksingers and freethinkers, poets and “prophets.” Into this fascinating mix of cultural archetypes came a young rabbi, Harvey M. Tattelbaum, who became known as the Village Rabbi of the Village Temple. The spirit of Sholom Aleichem infuses his Tales of the Village Rabbi, a touching and laugh-out-loud-funny memoir of his tenure at a small synagogue in the heart of Greenwich Village. Though his years in this magical place were productive and soul-filling, rabbinical training had not exactly prepared him for the bikers, thieves, ex-cons, eccentric old ladies, drug users, cleavage-baring brides, and other Village denizens he encountered while serving the congregants of his spirited little temple. Rabbi Tattelbaum shares his insider's tales—both downtown and uptown—of wayward weddings (and funerals), contentious Temple boards, irreverent interfaith shenanigans, heartaches, and triumphs. But the Tales also reveal a deep personal struggle with some of the most profound philosophical problems of ancient and modern religion, and are filled with a warm, humane, and rational approach to spirituality and religious meaning.