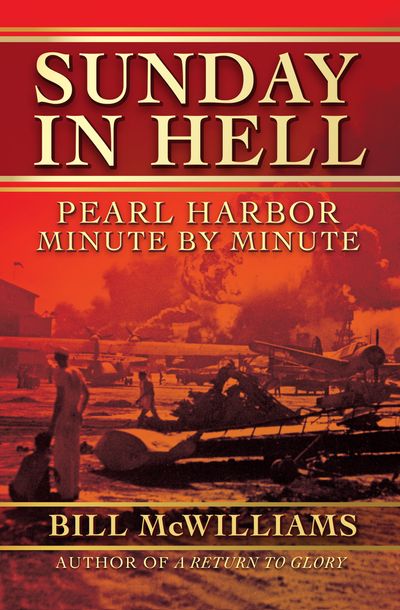 Published by Open Road Media
The author of A Return to Glory constructs a compellingly detailed and panoramic history of the fateful day that ushered the United States into WWII.

Using long-established historical records and contemporary journals, as well as recently released wartime documents, Bill McWilliams has created a brand-new minute-by-minute narrative of the Day That Will Live in Infamy. Told from the points of view of dozens of characters, from generals and admirals and politicians and diplomats down to deckhands and private soldiers and innocent civilians at all levels, this panoramic overview of one of the most traumatizing and shocking events in American history puts the reader in a position to understand the big picture of strategy and tactics, as well as the intimate details of what the chaos, violence, and presence of death felt like to people immersed in the surprise of an armed attack on American soil.

December 7, 1941, was a turning point in the history of the United States, which had been teetering on a decision between isolationism and intervention. One might argue that every US military engagement since then has been affected by what happened when America learned that it could not stand by and watch war among strangers without potentially becoming involved—whether we wished to or not.